Largest Crypto Exchanges By Volume – What’s Their Security Like?

Which top trading exchanges are the most trustworthy in due diligence and crime prevention? 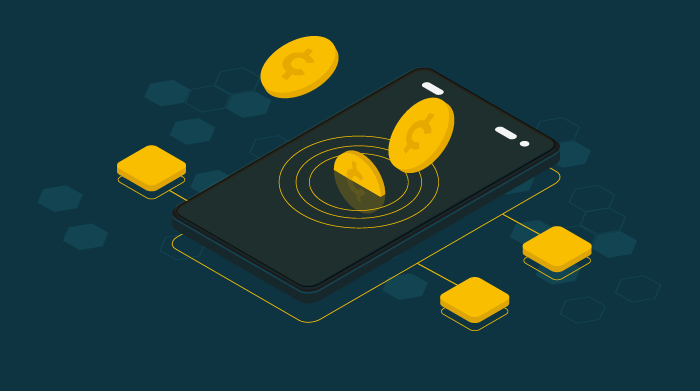 Crystal’s analytics team did a deep dive into the five biggest crypto exchanges by trading volume for January 2022. We assessed their overall security and KYC measures, their ability to prevent a potential platform breach, where they are regulated, any bad press, and transaction dynamics.

How did we calculate our findings? We considered a number of key attributes fundamental to a safe and secure crypto exchange, based on potential risk scenarios such as; technical security, verification procedures, tokens supported, location, negative media, and unhosted wallet ratio.

The unhosted wallet data was collated over a six-month period, from July to December 2021.

We assessed each security factor and assigned a low, moderate, or high-risk status to each:

TECHNICAL SECURITY: Binance’s security includes an SMS, an authenticator, and a physical token (Yubikey), and address safe listing is possible by email.

KYC MEASURES: Binance recently implemented a new requirement for users to be ‘verified’, in order to enhance its Know Your Customer (KYC), Anti-Money Laundering (AML) efforts, and to further improve user protection. Phone verification of a complete withdrawal is reportedly required at the registration stage; however, the news states that document assessment is poor.

COUNTRY OF REGISTRATION: Binance’s country of registration and its exact location is vague. Some sources say that the exchange holds headquarters in the Cayman Islands and Seychelles.

NEGATIVE MEDIA: Binance’s reputation remains a cause for concern since it offers fewer security features than other leading crypto exchanges. Complaints revolve around poor customer service and difficulty withdrawing funds. Binance also experienced one of the biggest ever security breaches in May 2019, with a total $600 million loss of funds.

UNHOSTED WALLETS: Binance has an average of 59% ratio of unhosted wallets trading.

TRADING VOLUME: Coinbase operates with users in more than 100 countries. The reported trading volume for January 2022 was $123.6 billion.

TECHNICAL SECURITY: Coinbase implements two-factor authentication or 2FA (Yubikey and Authenticator only, not SMS), and safe listing is possible. There is an email confirmation required for withdrawals.

KYC MEASURES: To get listed on Coinbase, projects need to apply through the ‘Asset Hub,’ where each application faces numerous unique requirements. Read more on verifying your identity with Coinbase. Complete verification is required at the registration stage, but it should be noted that this is not for all countries. In some countries, one can deposit and withdraw cryptos without a verification process, but there is a three-day waiting time in such cases.

COUNTRY OF REGISTRATION: Coinbase is a US-based publicly-traded company, with legal entities in the UK, Ireland, and Singapore.

NEGATIVE MEDIA: Coinbase suffers from a problem that also seems to be plaguing many industry competitors. More than 11,000 complaints have been filed with the Federal Trade Commission (FTC), as reported in August 2021, and many past users claim they’ve been left with little to no support after losing funds due to hacked accounts.

Coinbase was last hacked in March and May 2021, when clients reported lost funds. Press articles covering the exchange’s response to clients’ complaints – including the US Security and Exchange Commission (SEC) complaints – report a ‘nonchalant’ and dismissive response.

UNHOSTED WALLETS: Coinbase operates with an average of 61% of unhosted wallets.

TECHNICAL SECURITY: FTX’s technical security includes 2FA (Yubikey and Authenticator only, not SMS), and safe listing is possible. There is an email confirmation for withdrawals.

KYC MEASURES: The exchange requires in-depth KYC steps for individuals and for institutions. FTX requires name, billing info, phone number, and 2FA. However, its Level 1 verification is relatively poor. It doesn’t require any document or photo, which can be filled with fake information. (Level 1 verification allows you to deposit and withdraw crypto only, not fiat.)

TOKENS SUPPORTED: The exchange has a massive amount of enlisted tokens; however, it often de-lists tokens.

COUNTRY OF REGISTRATION: FTX was originally based in Hong Kong, but it later moved its headquarters to the Bahamas, Antigua, and Barbuda. It is compliant with US, Australian, and German laws.

NEGATIVE MEDIA: In terms of hacks and security breaches, in February 2021 hackers gained access to Blockfolio, a crypto portfolio management app owned by FTX Exchange. The hackers sent offensive push messages which went out to registered users. This was a unique crypto hack since no funds or details were actually stolen.

However, it underlined a critical security weakness, and similar cryptocurrency exchange hacks could have severe consequences if misinformation can be so widely sent out. This breach demonstrates the importance of exchanges having solid access management and comprehensive security audits. There have also been some allegations of scam facilitation.

TECHNICAL SECURITY: Huobi requires 2FA (Yubikey and Authenticator only, not SMS), safe listing is possible, and there is an email confirmation required for withdrawals.

KYC MEASURES: Huobi provides a getting started article, to help users better understand its KYC processes. Crypto deposits and withdrawals are available after registration; but KYC and 2FA are only required for fiat deposits above USD $1,000, as described on their website.

TOKENS SUPPORTED: Huobi users can trade close to 400 cryptocurrencies on the exchange. (ZEC, XMR, DASH) Huobi has their model of evaluation score of risk for tokens that want to be listed. Listing requirements are described on their website, such as their removal policy. The exchange has some tokens delisted quite often.

COUNTRY OF REGISTRATION: Huobi Global is headquartered in Seychelles, it was founded in China, and it has offices in Hong Kong, South Korea, Japan, and the United States.

NEGATIVE MEDIA: Some allegations led to a lack of customer cooperation due to stolen funds and their recovery. Several customers reported that Huobi was notified of problematic transactions but failed to intervene. Regulatory challenges led to the closure of Huobi Global’s US arm, HBUS, in late 2019 and forced the exchange to add Singapore to its restricted jurisdictions list in 2021.

Huobi also recently announced the closure of its Beijing-based entity and informed all remaining users in mainland China that accounts would be closed by 2021 year-end. Huobi said it had taken steps to discourage wash trading in the wake of a report that implied the exchange inflated trading volume. Huobi had an “anomalous pattern” according to an analysis of its reported trades, which indicated a “resurgence of large trade sizes,” the new report said.

TECHNICAL SECURITY: Kraken requires 2FA (Yubikey and Authenticator only, not SMS), safe listing is possible, and an email confirmation is required for a withdrawal.

KYC MEASURES: Kraken only requires a few details for Starter and Express verification levels to get started. However, complete verification is required before adding a payment method. Crypto deposits are not available on an unverified account.

TOKENS SUPPORTED: Kraken currently offers 87 cryptocurrencies. The exchange has solid requirements for listing new tokens. Also, it may delist some tokens in order to be in line with the jurisdiction.

COUNTRY OF REGISTRATION: Kraken is a USA-based company, but it has its representatives in Canada, the UK, Japan, Singapore, and Australia.

NEGATIVE MEDIA: The downsides of Kraken are that some users reported losses due to hacks with little to no support from Kraken. Accounts were reported as hacked in 2016. There was also a DDoS (distributed denial of service) which resulted in a class-action lawsuit in 2017.

UNHOSTED WALLETS: Kraken is reported to have an average 59% unhosted wallet ratio.

Go Further With Due Diligence

As consumers, it always pays dividends to research before entrusting an exchange with your funds. In this article, we’ve only provided a shortlist of things you should bear in mind before committing – not just your money but also your personal data to a platform.

What else should individuals look at before choosing a crypto platform?

Take the time to read reviews and look at comments on social media support pages, news articles, and policies before committing to anything. With the Travel Rule now firmly in most operators’ minds, there will be a point in time where the providers who are weakly regulated – or have a laissez-faire approach to things like KYC – will be shunned by those who don’t.

Blockchain analytics technology is a great way for service providers to show how competent they are at keeping a clean house – with products like Crystal Block Explorer, an independent third-party instantly see how many transactions are from illegal or high-risk sources.

This level of access and visibility has never been the case with traditional financial institutions.

We strongly recommend cryptocurrency exchanges and other service providers work hard to cooperate with key regulators and are proactive with implementing robust anti-money laundering and consumer protection protocols. With the blockchain, there is nowhere to hide.

Crystal provides customized analytics reports and audits for businesses and individuals. Get in touch for more information or to get a live platform demo at [email protected].

Largest Crypto Exchanges By Volume - What’s Their Security Like?
Which top trading exchanges are the most trustworthy in due diligence and crime prevention?